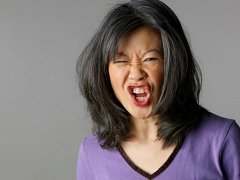 The artist of the month is Natalie Merchant. We start off discussion of this week’s topic with her song “Jealousy” from her album “Tigerlily.”

( At the end of “Jealousy” you can watch Natalie perform a number of her songs when a montage of her performances appear on the screen. Terrific, and a great diversion from a difficult topic.)

Welcome back everyone. Hope you’ve had a great summer. My wife Marsha and I have just returned from a trip to Italy which was fantastico!

While I was away a number of events occurred that I felt could be important to comment on. Everything from President Obama’s decision to involve us in another war to the Ebola crisis. But since this isn’t a political site (well, sometimes it has been) I want to talk about something that hit the newswires that has deep psychological meaning and touches us all. It’s the topics of domestic violence and child abuse that has made its way into headlines because of the behavior of two professional football players. See herehttp://www.huffingtonpost.com/tag/ray-rice-domestic-violence/ and here http://www.washingtonpost.com/blogs/post-partisan/wp/2014/09/16/adrian-petersons-child-abuse-fail/.

Domestic violence and child abuse go hand-in-hand. That’s because if we look deeper into the problem–deeper than accusations about an NFL commissioner and what he did or didn’t do, or  the debate over the punishment by the NFL of the two men involved–we see that pundits and commentators are missing the core of the problem. Domestic violence and child abuse are a family systems issue. It’s a family systems issue that — much more often than not — is passed down from one generation to the next and is often accompanied or caused by substance abuse–drugs and alcohol–poverty, mental illness and ignorance. Still today, there are those, like former NBA basketball star Charles Barkley, who see striking a child with a switch as “the way it was done when I was a kid and I turned out alright.” That sentiment reveals a lack of psychological awareness and a lack of empathy for children, which, unfortunately, is lost in the media debate.  The media debate has been about punishment for the perpetrators–how many games should they miss– and about the bottom line as the league faces loss of sponsor revenue. Certainly, punishment by legal authorities is warranted,(And frankly concern about sponsor revenue is an abomination when it comes to the discussion of this crucial topic.) But when we emphasize punishment such as suspensions from the game , we are  perpetuating the problem by creating greater stress –financial and personal– that contributes to the abusive cycle. If legal punishment is warranted then let the system work. But as part of that punishment there has to be an emphasis on treatment and education. Psychotherapy, family therapy, couple therapy, and therapy for  children must be integrated into the constellation of interventions and it must be done with empathy, compassion, and patience (there are no quick fixes) for everyone involved. Try to remember this: The abuser–spousal or child– either was abused himself or witnessed abuse that became internalized. Time and treatment are needed to change this.

I’ve listened to many stories about abuse.  The damage expressed creates a lifetime struggle. My clients report taking different paths to cope with their experience. Under conflict, some act out with blind rage. Others know the potential damage  of abuse and hold on tightly to  impulses, which causes emotional and physical problems. Some douse their pain with alcohol, or medicate themselves through drugs, sex, shopping, gambling and other compulsive behaviors. The good news is that they are telling someone, sharing what happened which is an act of courage. Through my work with them they develop tools such as “It’s the Second thought that Counts” (see here) or  mindfulness meditation(see here) l for relaxation and for a deep understanding of the connection between thoughts, emotions and behavior.

In my own family, I experienced abuse at the hands of both my mother and father, who themselves were traumatized and tortured during World War II. The only way I was able to overcome the pain of their experience that I received through their abuse  was by doing the deep emotional work necessary for healing and with the support of loving and caring professionals and friends.

So we kick off the New Year (it is the Jewish New Year, L’Shannah Tova, and I always think of September as the start of a new cycle, a new year) with the topic of domestic violence and child abuse. The topic is a difficult one, but I invite you to join the discussion with your own stories and opinions.  Your music, as always, is welcome.

We add to Natalie’s Merchant’s contribution at the top of the page with the following songs:

Tracy Chapman– “Behind the Wall”

The Beatles “Run For Your Life”

“My Name is Luca” Suzanne Vega